home » community » News » What are Australians Spending Their Money on?

What are Australians Spending Their Money on?

Often in life, you have to find a good balance between spending money on the things you need; the things you want; and saving some for a rainy day. Dividing up your income in this manner makes for some interesting statistics – particularly when you segment it demographically. Read on to find out how different people of different age groups and life stages spend their money.

Singles and Couples Under 35

Despite the perception that people under 35 have a slightly more hedonistic lifestyle, Australian government statistics have shown that those in this bracket have a lower average weekly spend on recreational activities than those in other ranges. With this in mind, this is also the demographic with the lowest average alcohol spend per week. In keeping with other demographics, singles and couples under 35 spend, on average, the majority of their income on housing, while food and non-alcoholic drinks run second. The Australian Bureau of Statistics (ABS) revealed $849 per week was the average spend for singles; and $1572 for couples.

Couples who have children generally have a greater need to buy more, as obviously there is at least one extra mouth to feed and person to look after. This is often reflected in a greater amount spent per week on medical and health expenses, food and non-alcoholic drinks, and clothing and footwear. These more essential items bump up the average overall amount spent per week for this demographic, and generally places them at the top of the expenditure list – noted by the ABS as between $1800 and $2100 per week.

The kids are gone and the mortgage is paid off (hopefully); and therefore the average spending for 65’s and over drops quite significantly. Other costs that fall away are transport as they are driving and working less than they did when they were younger. The proportion of spending on food and non-alcoholic beverages remains fairly consistent with other demographics, as is domestic fuel and power. The average weekly spend for a household within this category is just shy of $900.

Setting a personal budget and tracking your spending doesn’t have to be a hassle. Get in touch with McKinley Plowman’s Financial Planning team today, and check out Wealth Coach Plus. 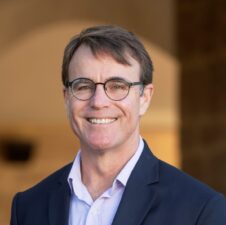 Aaron has over twenty years of experience in the financial services industry working with large companies and small businesses across all aspects of financial planning. He has broad experience across superannuation (including self-managed superannuation), investments, estate planning and personal insurance, retirement planning and business succession planning.
Aaron is passionate about the value of professional, client-focused advice and enjoys working closely with clients to help them make smart decisions with their money, as well as aiding them to clarify and achieve their financial aspirations.