The new financial year is here, and the more organised among us are already planning the deductions we’re looking to claim for our 2020-21 tax return. Given that global circumstances changed the way many people worked throughout this financial year, there will be a noticeable shift in the types of deductions people claim – especially working from home deductions.

The ATO has made moves to ease the burden on taxpayers as far as claim calculation is concerned, and they will be particularly vigilant when assessing which deductions are fair and reasonable. In this article, we’ll look at the working from home deductions you may be able to claim, and what the ATO is doing to keep everyone in line.

During the 2020/21 Financial Year (and just prior), many Australians had to adjust to working from home as a result of COVID-19 restrictions. As such, they are likely to have incurred additional household expenses like greater internet and electricity usage and depreciation in value of certain equipment. The ATO decided to simplify the claiming process for these expenses by introducing the temporary shortcut method. Taxpayers can claim 80 cents for each hour they worked from home during the financial year, so long as they incurred additional costs in one or more of the following categories:

Note that if you use the shortcut method, you cannot claim any other expenses incurred while working from home in the financial year. Ensure that you’ve kept some sort of record to show the amount of time you worked from home – this could be something simple like your diary.

The ATO – Keeping Everyone Honest

Much has been made in the past few years about the ATO’s data-matching efforts. In order to keep taxpayers honest when it comes to claiming deductions, the ATO has implemented tools to automatically flag up irregular, inconsistent or otherwise unusual deductions that may be worth their while to explore further. A common way people get caught out making extraneous deductions is when their claims far exceed the ATO’s designated “normal” range for a particular occupation. The tax office’s ability to catch offenders gets better each year as they collect more data, giving them greater accuracy.

As an example: In a world where many people have spent time working at home, the ATO naturally expects to see deductions reflecting that fact – i.e. less work-related travel and greater working from home deductions. If a taxpayer has claimed relatively consistent travel expenses in previous years and has done the same this year on top of working from home deductions, this will likely alert the ATO to some unusual activity. Unless that taxpayer has mastered the ability to be in two places at once, there’s a good chance they’ve more or less copy-pasted their previous years’ travel deductions over to this financial year, and then applied the shortcut method for their time working at home.

It’s a timely reminder for people who tend to have similar deductions each year that simply duplicating them year to year isn’t enough – you still need substantiation and the ATO is going to be getting better each year at catching out those who don’t do the right thing.

The ATO’s data-matching has made it exceedingly unlikely that taxpayers can get away with any illegal tax-reducing shenanigans, but if you know exactly what you can claim and have the evidence to substantiate it all, you can effectively and legally minimise your tax obligations. Here are three easy ways to stay off the radar: keep consistent records throughout the year; leverage technology like Dext to maintain your receipts; and engage with a tax professional like the team at McKinley Plowman. We can help you maximise your deductions, minimise your obligations, and ensure that you’re in the best possible tax position each and every year. Contact us today via our website or call us on 08 9301 2200 (Joondalup); or 08 9361 3300 (Victoria Park). 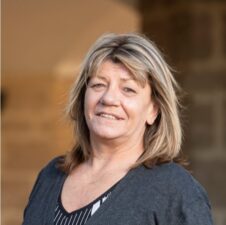