home » community » News » Have you Declared your Foreign Income?

Have you Declared your Foreign Income?

Amongst all of the different areas the Australian Taxation Office (ATO) cracks down on from time to time, it can be hard to know what applies to you and what doesn’t. But for those receiving income from sources overseas, the ATO has recently provided guidance that aims to alleviate the confusion and ensure that everyone is clear on the expectations around declaring foreign income in Australia. We’ll have a look in this article at exactly what the ATO are looking for, what needs to be declared, and what to do moving forward.

What are the ATO looking for?

Following their amnesty five years ago, the ATO has once again raised undisclosed foreign income as an issue – but this time there will be no amnesty. The ATO are looking closely at foreign income coming into Australia, and whether or not it should be taxed in the Australian system (irrespective of whether or not it has been taxed overseas already). Australian residents for tax purposes are required to declare (and be taxed on) worldwide income including employment income, directors fees, investment income, and rental income. Temporary residents are taxed on Australian-sourced income, but not foreign-sourced income.

Using data from the Australian Transaction Reporting and Analysis Centre (AUSTRAC), the ATO is able to identify flows of money to individuals who are not declaring income or paying their tax. While it is not particularly uncommon for taxpayers to forget to declare some foreign income, problems often arise when trying to bring the earnings into Australia. It is usually at this point that the ATO and AUSTRAC are able to identify this incoming money and make contact – and if the income is identified as taxable, penalties and interest charges can (and often do) follow.

What do you need to declare?

In your income tax return, you need to declare all worldwide income unless a specific exemption applies. Keep in mind, however, that even some exempt income still needs to be reported, even if it won’t necessarily be taxed.

If you think you may have undeclared foreign income, the best thing to do is make a voluntary disclosure to the ATO. This may reduce the penalties and interest charges that the ATO imposes upon you, especially when the income was initially not declared because of a genuine (and accidental) oversight. Also, it’s important to know the tax implications of repatriating assets before moving funds out of an overseas account. Proactively seeking professional advice is the best way to ensure that funds are moved in the most tax-effective manner, and that you are not increasing the risk of penalties or audit activity from the ATO.

If you need any assistance with foreign income or investment, speak to the experts first. Get in touch with McKinley Plowman today on 08 9301 2200 or visit www.mckinleyplowman.com.au/contact-us/. 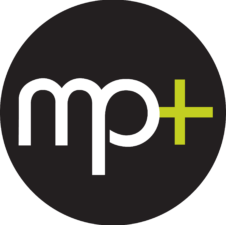